SAN FRANCISCO, California – To better inform the public about Chinese Americans’ history and contributions and promote diversity and inclusion, leaders of several of the nation’s Chinese American museums and historical societies met for the first time to form a network in which exhibits, funding, best practices, advocacy and other resources might be shared.

“Getting these well-established organizations together to talk about how we can collectively accomplish our shared missions and visions at a national level was long overdue,” said CHSA board president Hoyt Zia, who initiated and led the meeting. “We’re all committed to make a national network a reality.“

A steering committee is to develop parameters before the next meeting in early 2020 in New York. Ng, Wu, Zia and Stanford history professor Gordon Chang are advising the network initiative.

The Chinese Historical Society of America (CHSA) Museum is the oldest organization in the country dedicated to the interpretation, promotion, and preservation of the social, cultural and political history and contributions of the Chinese in America. When founded in 1963, there were fewer than 250,000 people of Chinese descent living in the U.S. and CHSA was a lone voice for the study and dissemination of the history of this segment of the U.S. population. Today, as the number of Chinese in the U.S. has risen to nearly 5 million, CHSA strives to be a responsible steward of the remarkable narrative of this rapidly growing and increasingly visible community. For more information about CHSA, see chsa.org. 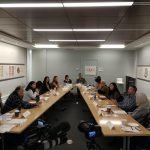 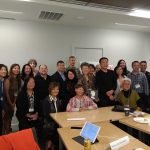 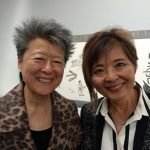