You are here: Home / News and Press / Responding to the Atlanta Shootings

We stand in solidarity with the Asian American community in Atlanta and of all people of color who have been attacked and excluded in the United States. The attacks that occurred in Atlanta, Georgia were horrific and there is a larger historical context we as a nation need to understand.

The long-term impact of the Page Act shows how legislation in the U.S. has been used against Asian women and how authority figures have been given the ability to determine the “high moral character” of Asian women. We cannot dismiss the historical ramifications of the Page Act nor should society ignore the larger connection between race, Asian women, and the shootings in Atlanta.

We stand in solidarity with the Asian American community and all others who condemn violence and hate-driven criminal behavior. Furthermore, we urge our officials to remember the historical impacts of past rhetoric and immigration policies which can have tragic consequences for Asian Americans and other affected communities. 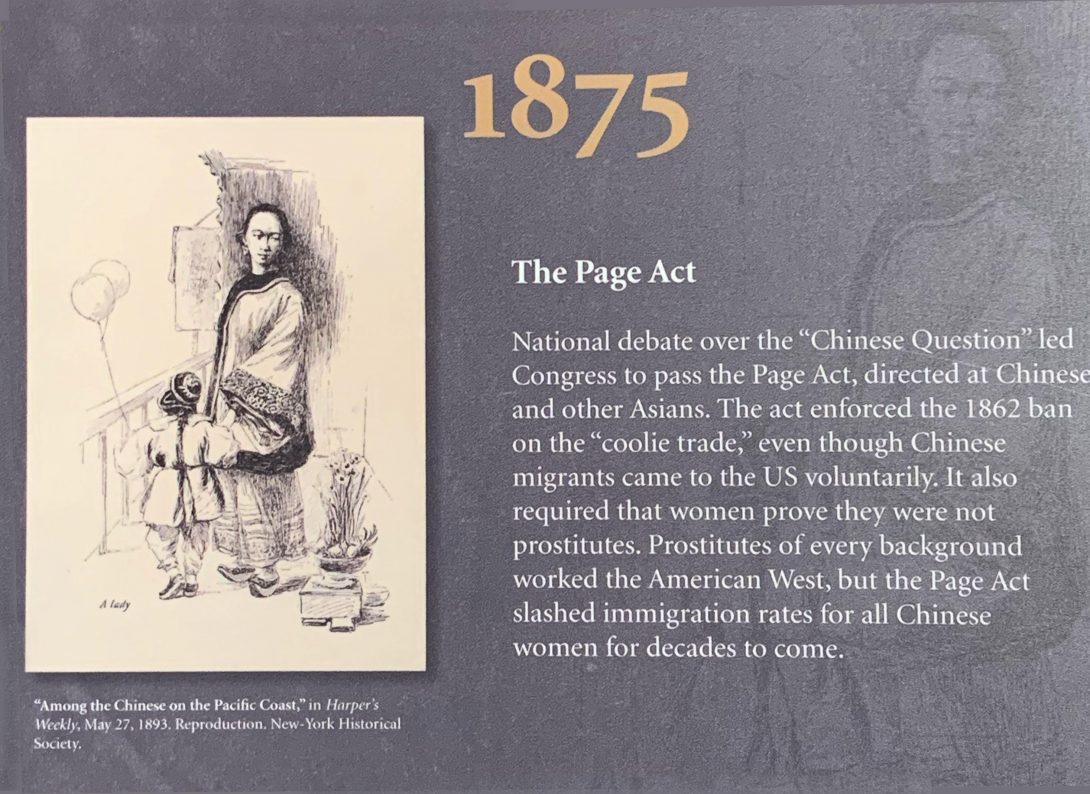 Resources for Our Community