You are here: Home / Archives for Collection 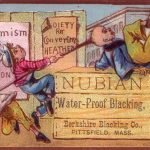 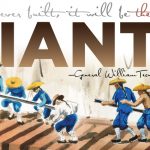 The Chinese Historical Society of America (CHSA) Museum introduces our Work of Giants: Chinese Railroad Worker Project. This initiative was launched in 2014 on the occasion of the 145th anniversary of the completion of the United States’ first Transcontinental railroad. That year, we witnessed unprecedented nationwide recognition of the instrumental role of the Chinese in constructing the Transcontinental railroad. The US Department of Labor inducted Chinese railroad workers into the Labor Hall of Honor, and this occasion presented an opportunity to change the historical narrative. Descendants of railroad worker families, along with CHSA, attended to honor the memory and legacy …  END_OF_DOCUMENT_TOKEN_TO_BE_REPLACED 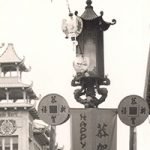 CHSA began a project of digitizing our photography collection and posting it online to History Pin, thanks to our faithful volunteer, Nancy Fong. History Pin is a global history project that allows you to compare historic photos to their modern day locations. While allowing you to explore the early days of Chinatown, this site also lets you see how the neighborhood changes and redevelops. Please check back often for new photos are regularly added. 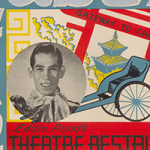 Kublai Khan was a nightclub founded by Eddie Pond in the 1940s featuring all-Chinese and sometimes Asian cast members singing and dancing to the popular music of the time. These performers shattered traditional stereotypes of the Chinese American community while demonstrating their participation in mainstream society and popular culture with artistic creativity and dynamic performances. Jadin Wong, Jack Mei Ling, and Frances Chun Kan are just a few of the entertainers that have performed at the Kublai Khan presenting an all-American entertainment package. 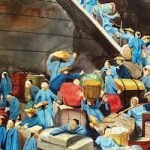 The Chinese Historical Society of America recently rediscovered eight watercolor paintings by renowned Chinese-American artist Jake Lee. As a steward of the Chinese American community narrative, CHSA is extremely proud to bring these spectacular paintings back to their home in San Francisco. 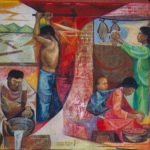 On permanent display in the CHSA Learning Center is an historic mural by James Leong (1929-2011), “One Hundred Years’ History of the Chinese in America.” James Leong was born in San Francisco Chinatown. His work as reporter and ad salesman for the Chinese Press put him on the radar of Chinatown businessmen, who commissioned him to paint this mural for the newly built Ping Yuen Housing Projects. The mural was met with stiff criticism by the community for its depiction of the history of Chinese in America. Hurt by this backlash and feeling stifled by an overstimulating Beat-era North Beach …  END_OF_DOCUMENT_TOKEN_TO_BE_REPLACED

The Chinatown Miniatures Collection was acquired by CHSA in 2004, as a donation from the artist, Frank Wong. This donation consisted of seven miniatures of scenes of Chinatown. The miniatures are on permanent display in CHSA’S Yick Gallery, and they are the subject of an award-winning 2016 PBS documentary Forever, Chinatown by Good Medicine Picture Company. Born and raised in Chinatown, Frank Wong attended Galileo High School and became a set designer for numerous movies and plays in Hollywood. One of his most famous jobs was for “Magnum PI”. Through his career he spent much of his time working in …  END_OF_DOCUMENT_TOKEN_TO_BE_REPLACED 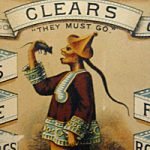 The Chinese Historical Society of America acquired the personal collection of Daniel K.E. Ching, consisting of thousands of two- and three-dimensional representations of Chinese Americans in 19th and early 20th century American popular culture. These astounding portrayals are manifest in the collection’s post-cards, chalkware, advertising trade cards, sheet music, and toys. The collection is currently being catalogued by the Asian American Studies Department at San Francisco State University. In March and May of 1996, three graduate students from SFSU’s College of Ethnic Studies introduced the Ching Collection at two Association of Asian American Studies conferences held in Hawaii and Washington, …  END_OF_DOCUMENT_TOKEN_TO_BE_REPLACED