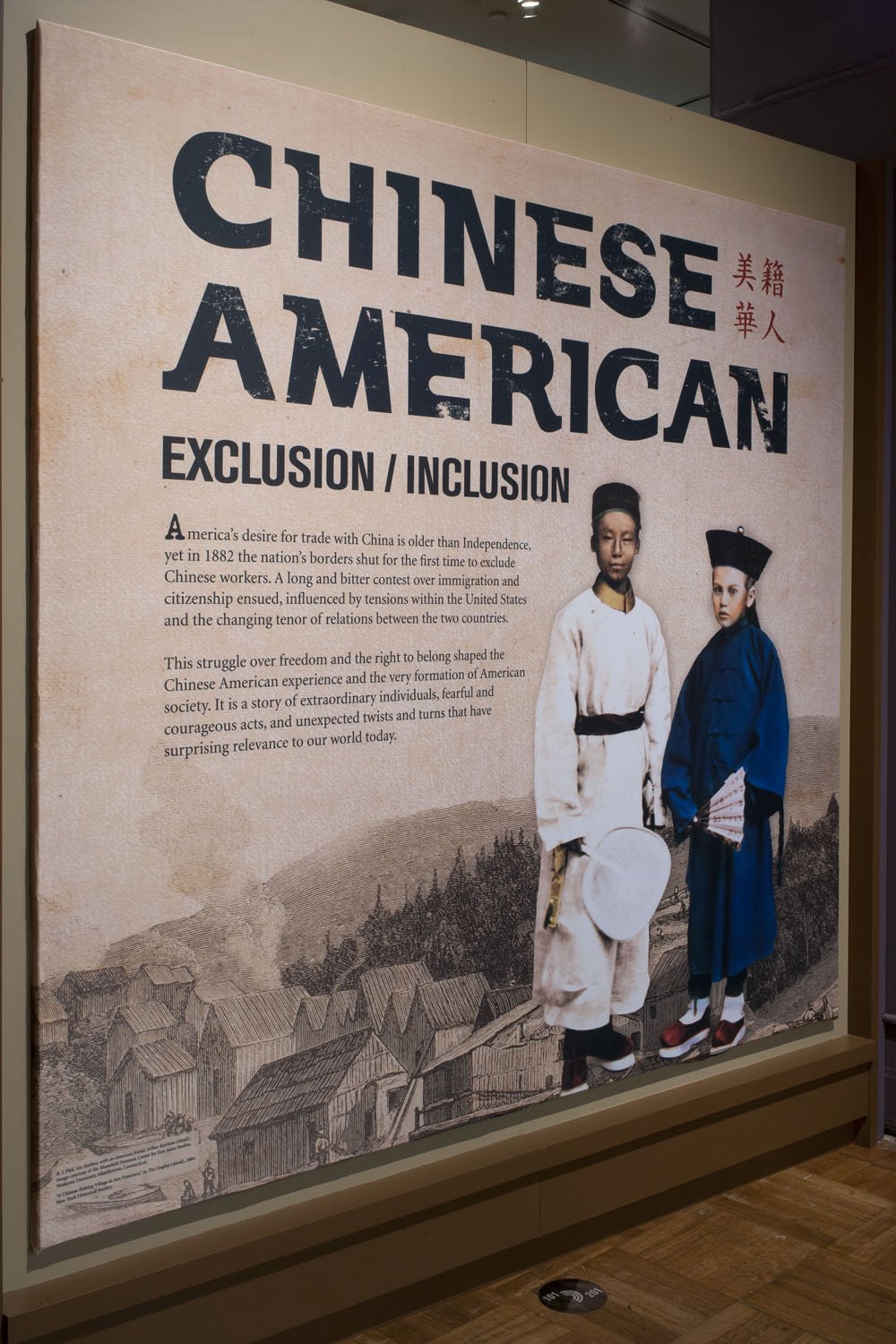 After a summer-long hiatus, CHSA Museum is re-opening on November 5th with a brand new exhibition, “Chinese American: Exclusion/Inclusion.” Join us!We’ll have scheduled docent tours available to introduce you to our gallery.

With hands-on interactive technology, breathtaking visuals, and detailed curatorial content, this is the most comprehensive exhibition to date on the Chinese American experience. Starting from the late 18th century to the present, the Chinese American story is an integral part of American history. First there was early US and China trade. Then early Chinese immigrants began to settle and work in the United States which led to a rise in xenophobia and debates like the “Chinese Question.” Due to anti-Chinese sentiment, the 1882 Chinese Exclusion Act was passed, suspending Chinese immigration and preventing all Chinese in the country from becoming naturalized U.S. citizens. The repeal of Exclusion in 1943 and re-opening of immigration in 1965 sparked a whole new era for Chinese American families, generations and new.

This exhibition uses important new scholarship and rarely exhibited artifacts to entice the visitors into learning something new about American history.