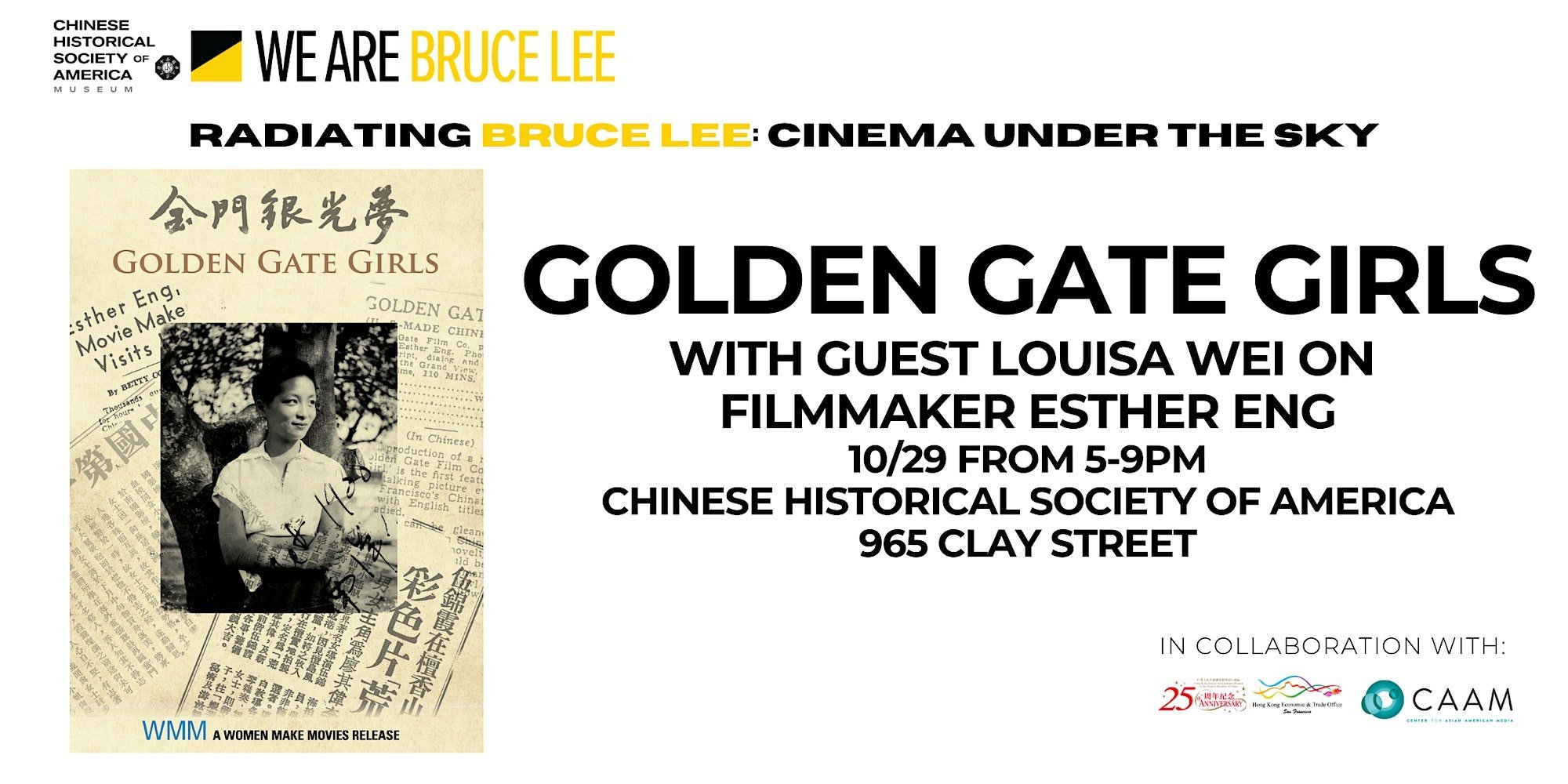 Join CHSA for RADIATING BRUCE LEE: CINEMA UNDER THE SKY series with a film screening of GOLDEN GATE GIRLS and talk by Louisa Wei.

Join CHSA for our second installment of our RADIATING BRUCE LEE: CINEMA UNDER THE SKY series with a film screening of GOLDEN GATE GIRLS accompanied by a guest talk from Louisa Wei on Filmmaker Esther Eng.

City University of Hong Kong professor and director of Golden Gate Girls (see below) Louisa Wei will speak about the pioneering Chinese American filmmaker Esther Eng (1914-1970) and her cultural milieu. Like Bruce Lee, Eng was born in San Francisco Chinatown into a family involved in Cantonese opera. Those connections eventually led Eng to cast the infant Lee in his first screen role (as a baby girl) in her film, Golden Gate Girl (2014).

Louisa Wei’s documentary unearths the remarkable story of director-producer Esther Eng, who decades before Lee similarly forged a transPacific filmmaking career, “becoming the most prominent woman director in Hong Kong in the 1930s” and for a period in the 1940s, “was the only woman directing feature-length movies in the US.” (Women Make Movies) While most of Eng’s 11 features are sadly lost, Golden Gate Girls gathers archival photos and interviews for its captivating portrait of an unconventional life (including clips from Golden Gate Girl with baby Bruce). Perhaps even more than the future star, Eng defied social and film industry norms as an open lesbian, at the same time occupying liminal status as a Chinese American “in between” majoritarian ethnic, cultural, and linguistic groups on both sides of the Pacific. Golden Gate Girls does salutary service in uncovering Esther Eng’s overlooked place in American film history.

Digital video, in English and Cantonese with English subtitles, 90 min.

Note: Please dress warmly because this will be a nighttime outdoor screening.