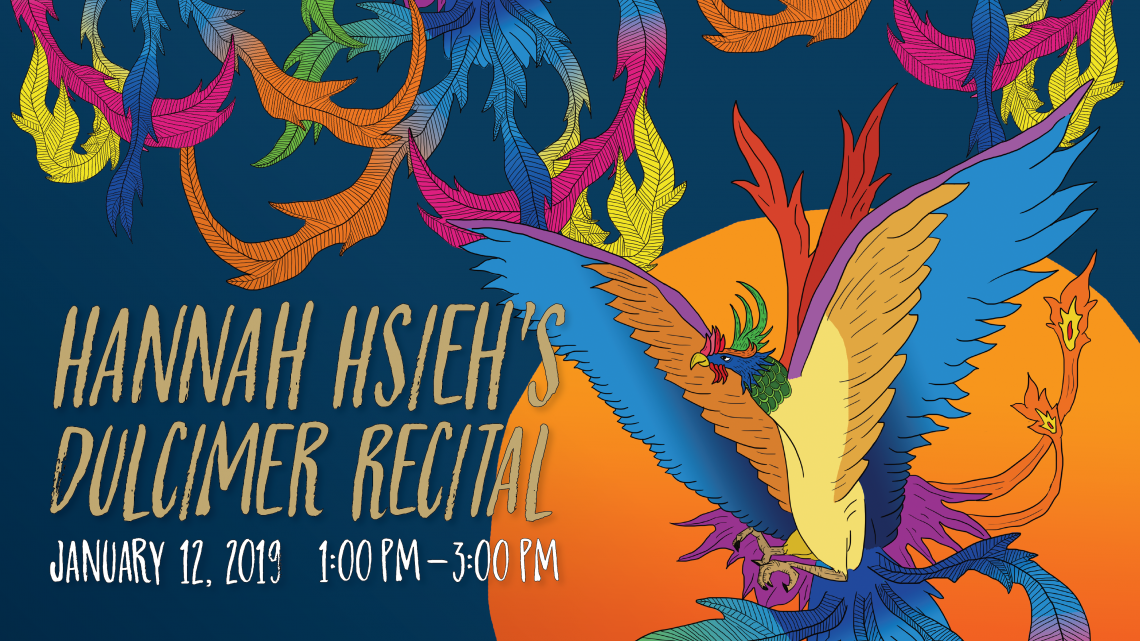 Taiwanese performer and composer Hannah Hsieh will showcase the musical diversity of the dulcimer, playing select songs from Chinese and American cultures while premiering her own compositions based on her experiences in California. Hannah will be performing with musicians Yuhan Lu (Pianist) and Haylee Zhang (Erhu).

Seating is limited – Purchase tickets on Eventbrite.com. Tickets include admission to CHSA’s galleries and exhibitions. 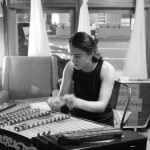 Hannah Hsieh is a dulcimer performer and composer from Taiwan. She played many times with Baochun Li’s Peking Opera Neo-Classics Orchestra as a dulcimer and keyboard performer, and also went on tour to many cities all over China during 2009-2014. She started to play the piano at 5 years old, and began studying the Chinese dulcimer and playing it with a variety of orchestras when she was 10 years old. Since 2005, she has gone to Beijing, China in the summer to further study Chinese dulcimer with Gao-Xiang Zhang, the General Director of China Broadcasting Chinese Orchestra and was also inspired by him deeply.

Hannah Hsieh presently studies music production at AAU in San Francisco, CA., and is especially focusing on film scoring, commercials, and music composition. Moreover, she tries to use the Chinese dulcimer in different musical styles and features the instrument in her own musical compositions; she also performs dulcimer recitals many times during the school semester. 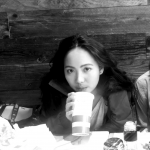 As a visual person, Constance loves everything visual and design related (Milk tea and coffee as well). Being able to make the world better with her design is a huge aspect for her. When she’s not designing, you’ll find her exploring the city of San Francisco, walking around the city to watch those moments of a city. 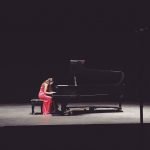 Yuhan Lu (Pianist) started playing piano since she was 6 years old. She received a Bachelor of Music degree from Xinghai Conservatory Of Music, in the city of Guangzhou, China, with a Major in piano and Minor in cello. She studied with Yamaha Artist, Jay Pengjie. Yuhan graduated in September 2016 with a Master of Music degree, majoring in Piano Performance from Eastern Kentucky University under the direction of Dr. Bernado Scarambone. By the year of 2017, Yuhan received a scholarship for an MA degree for Music Scoring & Composing at the Academy of Art University. 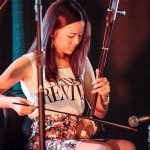 Haylee Zhang (Erhu performer) is a young professional working in the tech industry in San Francisco. She loves to talk about marketing, and anything data related.

Haylee have been playing Erhu since she was 5, and has participated in and won medals in numerous music competitions. Music is where her talent and passion combine. She thinks it is fascinating how instruments from different cultures can each tell their beautiful stories, and she is always looking forward to jamming with other music lovers.