“Immigration Outside of the Law” book talk with Hiroshi Motomura 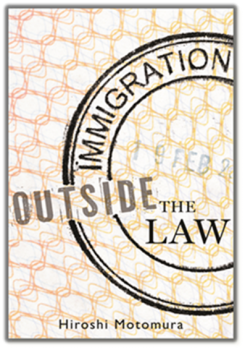 Join Hiroshi Motomura at The Learning Center for a discussion of his new book, Immigration Outside of the Law (2014, Oxford), on January 31 from 1-2:30 pm.  He will use the book’s framework to discuss hot topics in immigration policy today, tackling questions such as:  How has it happened that over 11 million people live in the United States without lawful immigration status?  What does it mean to be in the country unlawfully?  What is the role of state and local governments in dealing with unauthorized migration?  Are unauthorized migrants “Americans in waiting?”

Debates over “illegal” or “undocumented” immigrants have become more polarized than ever.  In Immigration Outside the Law, Hiroshi Motomura takes a historical perspective on the topic, explaining the roots of today’s dilemma in Chinese exclusion, Mexican labor migration, and late twentieth-century politics.  He also offers a roadmap for understanding current disagreements and points the way toward durable solutions.

Books will be available for purchase and signing after the event. 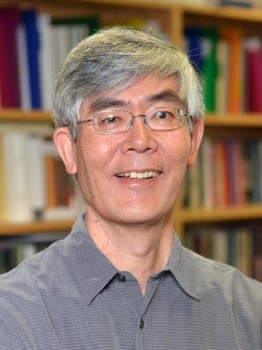 Hiroshi Motomura is a graduate of San Francisco’s George Washington High School, an influential scholar and teacher of immigration and citizenship law, and the Susan Westerberg Prager Professor of Law at UCLA.  He is the author of the award-winning Americans in Waiting (2006) and the co-author of two law school casebooks ––Immigration and Citizenship and Forced Migration.  Hiroshi is one of the co-founders and directors of the Rocky Mountain Immigrant Advocacy Network (RMIAN) and a director of the National Immigration Law Center.  He has served on the American Bar Association’s Commission on Immigration and has volunteered on many litigated cases and immigration policy matters, including the efforts that led to Deferred Action for Childhood Arrivals (DACA) in 2012 and Deferred Action for Parental Accountability (DAPA) in 2014.  He is one of 26 law professors nationwide featured in What the Best Law Teachers Do (2013) and has won several teaching awards, most recently the Chris Kando Iijima Teacher and Mentor Award from the Conference of Asian Pacific American Law Faculty in 2013 and the UCLA Distinguished Teaching Award in 2014.  Hiroshi’s new book is Immigration Outside the Law, published by Oxford University Press in 2014.

This event is sponsored by: UC Hastings,  The 1882 Project, and Chinese for Affirmative Action. 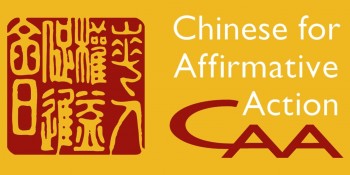