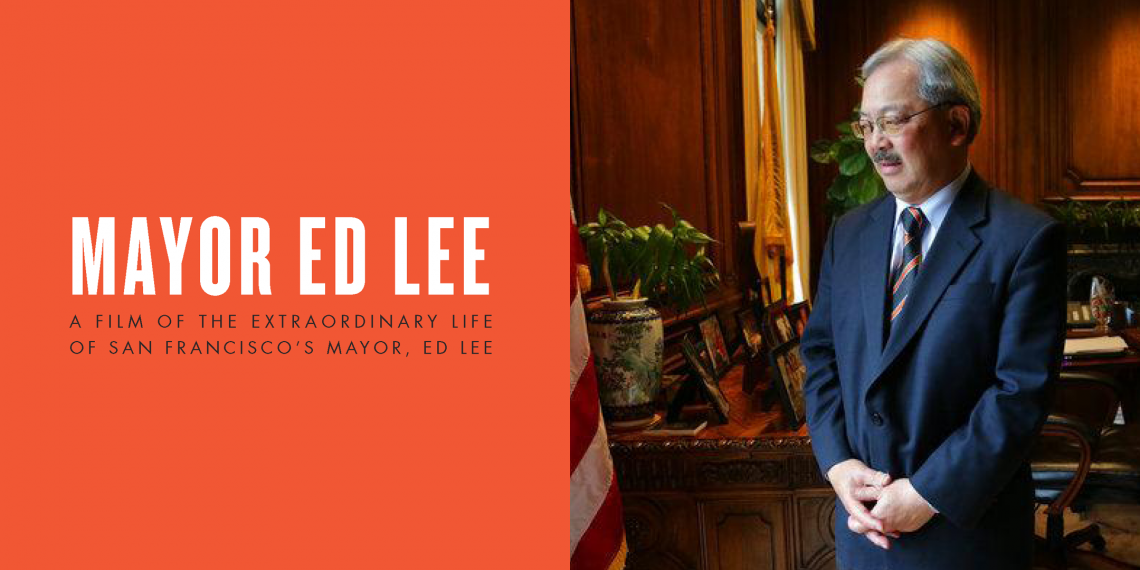 The Chinese Historical Society of America (CHSA) invites you to a special screening of “MAYOR ED LEE” — a documentary film about one of the first Asian-American mayors of a major US city.

The screening at Delancey Street Foundation’s renown Screening Room will include new interview footage of Hillary Clinton reflecting on what Mayor Lee meant to her and the larger community.

An Inspirational Story for All Ages

The film presents the inspirational, humorous, and emotional story of this remarkable man and community leader, who passed away suddenly while in office.

Watch how Ed Lee — a son of immigrants, a pro bono lawyer-activist for tenants and garment workers, a habitual punster, and a reluctant politician — became a history-making civic leader.

Join us after the screening for a fireside chat with the film’s director, Rick Quan, an Emmy award-winning TV journalist.

Tickets on sale now on Eventbrite.com >

Funded by Francis Ford Coppola, the Delancey Street Screening Room is the Bay Area venue for Directors Guild of America and Oscars screenings.

The theater is modeled after the screening room at Sundance Institute, based on blueprints donated by Robert Redford.