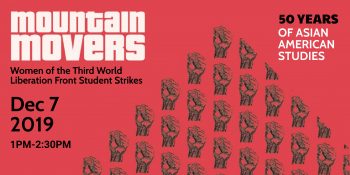 Mountain Movers: Student Activism and the Emergence of Asian American Studies shares the history of student movements at SF State, UC Berkeley, and UCLA during the 1960s and features oral histories of prior and current student activists. Join us in celebrating the publication of this important piece of collective knowledge with a panel focusing on the contributions of female activists of the Asian American movement. Organized with SFSU’s Asian American Studies Chair Russell Jeung, the panel will include Laureen Chew, Betty Kano, Penny Nakatsu, and Victoria Wong.

Reserve your ticket on Eventbrite. 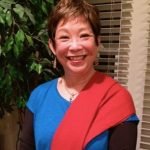 Laureen was born and raised in SF Chinatown.  Her K-12 education included both public and Catholic schooling in the Chinatown/North Beach area;  for college it was  SF State and University of the Pacific. Professionally,  she taught 2nd grade Chinese Bilingual at Gordon J Lau and held the following positions  at  SFSU: Professor in Asian American Studies and Elementary Education, Department Chair in Elementary Education and Associate Dean in the College of Ethnic Studies. 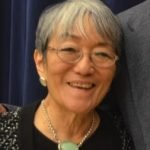 Penny Nakatsu is a veteran of the 1968-69 BSU-TWLF strike that led to the creation of the College of Ethnic Studies at San Francisco State University.  Nakatsu co-organized the Asian American Political Alliance (AAPA) at SF State and served as AAPA’s principal representative to the TWLF steering committee. 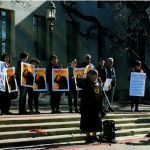 Vicci Wong is a cofounder of the national Asian American Political Alliance (AAPA), which originated the term and concept of Asian American in May 1968, and a cofounder of the Third World Liberation Front (TWLF) at Berkeley in 1969.  She’s also a writer/reporter on various movement publications such as Wei Min Bao, Pacific Imperialism Notebook, A Pictorial History of Chinese Working People, Stand Up: An Archive Collection of the Bay Area Asian American Movement 1968-1974, and Pacific Basin Reports: The Global Struggle for Oil.