Remembering Shanghai: A Memoir of Socialites, Scholars and Scoundrels 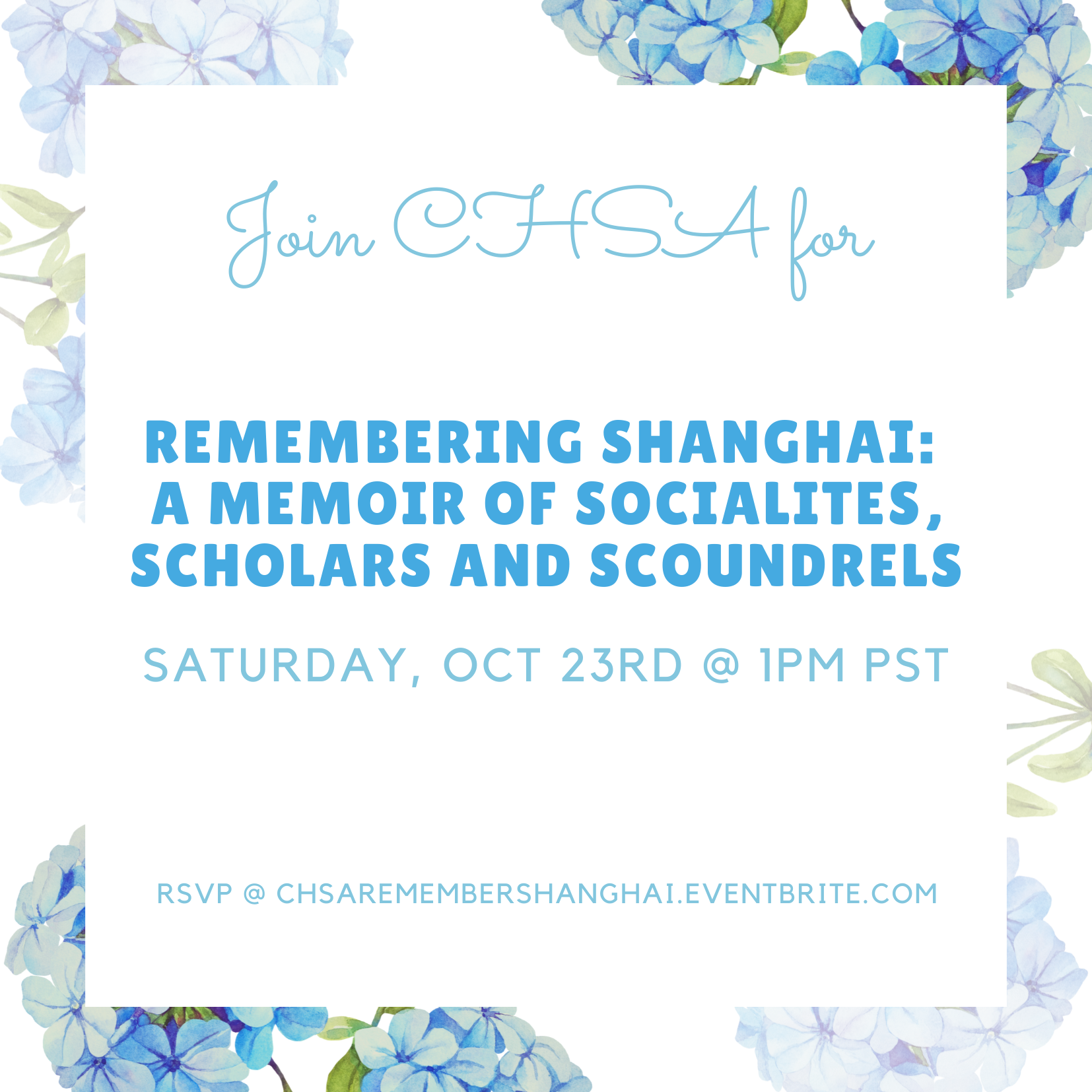 Join CHSA and the authors of Remembering Shanghai: A Memoir of Socialites, Scholars and Scoundrels!

Join CHSA and the authors of Remembering Shanghai: A Memoir of Socialites, Scholars and Scoundrels to learn about the true stories of glamour, drama, and tragedy told through five generations of a Shanghai family, from the last days of imperial rule to the Cultural Revolution.

A high position bestowed by China’s empress dowager grants power and wealth to the Sun family. For Isabel, growing up in the glamorous 1930s and ’40s Shanghai, it is a life of utmost privilege. But while her scholar father and fashionable mother shelter her from civil war and Japanese occupation, they cannot shield the family forever.

When Mao comes to power, eighteen-year-old Isabel journeys to Hong Kong, not realizing that she will make it her home―and that she will never see her father again. She returns to Shanghai 50 years later with her daughter, Claire, to confront their family’s past―one they discover is filled with love and betrayal, kidnappers and concubines, glittering palaces, and underworld crime bosses.

Lavishly illustrated and meticulously researched, Remembering Shanghai follows five generations from a hardscrabble village to the bright lights of Hong Kong. With turns harrowing and heartwarming, this vivid memoir explores identity, loss, and redemption against an epic backdrop.

Claire Chao spent much of her youth seeking connections to her parent’s homeland. After 30 years in management with companies such as Tiffany & Co., Harry Winston, and Hill & Knowlton, she spent a decade creating Remembering Shanghai, uncovering an uncanny link with the grandfather she never met. She has been designated one of Avenue magazine’s “500 Most Influential Asian Americans” and Tatler Hong Kong’s “Who’s Who in Hong Kong.” She graduated with the highest honors from Princeton University and lives in Honolulu with her husband and two dogs.