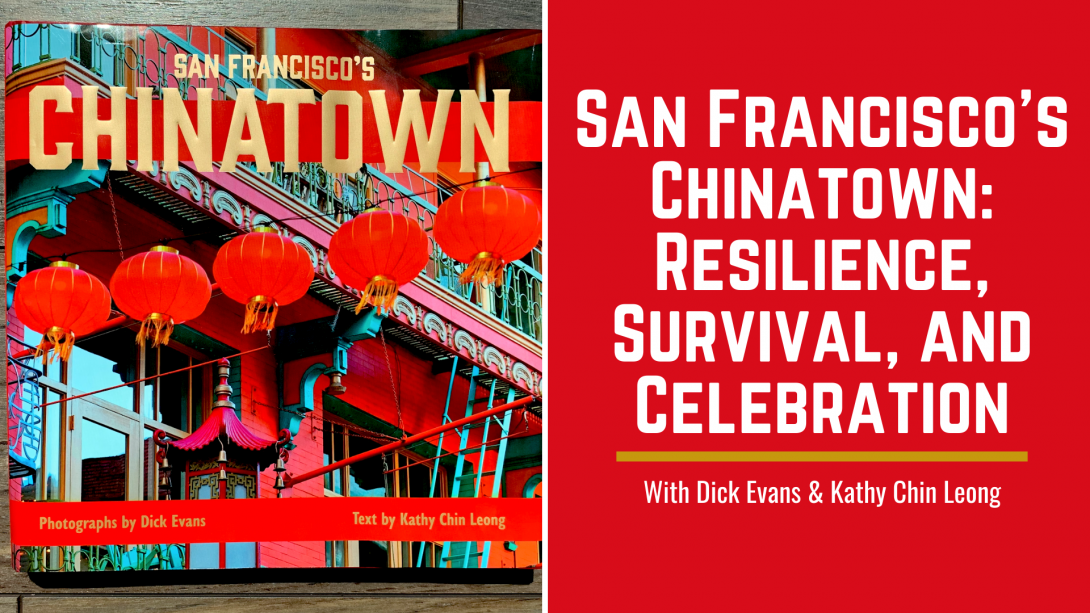 For two years, Evans scoured the streets taking breathtaking photos, developing friendships with merchants and non-profit leaders along the way. This is his third book on San Francisco neighborhoods. A second generation ABC (American-born Chinese) and native of San Francisco, Leong partnered with Evans and conducted more than 100 interviews. She often used her elementary Toishan dialect to connect with residents who were, at first, hesitant to talk.

Pull up a computer. Pour a cup of jasmine tea. Cut a slice of mooncake while enjoying this one-hour romp, celebrating Chinatown’s past, present, and future. You can take a sneak peak of images by logging onto www.chinatownbooksf.com.

Get your ticket today!

All book proceeds will be donated to local non-profits, including the Chinese Culture Center of San Francisco and Heyday Books. During the book’s creation, the Chinese Culture Center of San Francisco was indispensable in offering suggestions, leads to sources, and connections to leaders in the community.  The publisher, Heyday Books, a non-profit book publisher based in Berkeley was also instrumental, providing text editing, graphic layout, and book consistency. 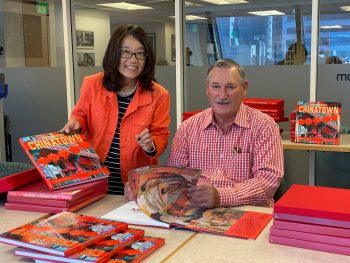 Dick Evans is a San Francisco–based photographer with an interest in documenting the colorful and rapidly changing neighborhoods of the city. Born into a ranching family in Eugene, Oregon, he graduated as an engineer from Oregon State University and subsequently obtained a master’s degree in management from Stanford. He has spent his fifty-year career in the global metals sector, living in five countries and multiple locations in Africa, Europe, and North America. It was during these travels that he developed an appreciation for the diversity and richness of different culture—both global and local—and an interest in documentary photography.

Kathy Chin Leong, a lifetime career journalist, covers travel, technology, business, art and architecture, and anything that piques her interest.  Her writing has been published in the New York Times, Los Angeles Times, National Geographic Books, Sunset Magazine, and other nationally-recognized publications.  Growing up in a bi-cultural environment, Chinese at home and American at school, she is typical of many ABCs who struggled with identity issues and eventually learned to embrace their Chinese heritage.  While she has travelled the globe to the Middle East, Europe and Asia, rediscovering her Chinatown roots through collaboration on this book has been the journey of a lifetime.  She lives in Sunnyvale, California.