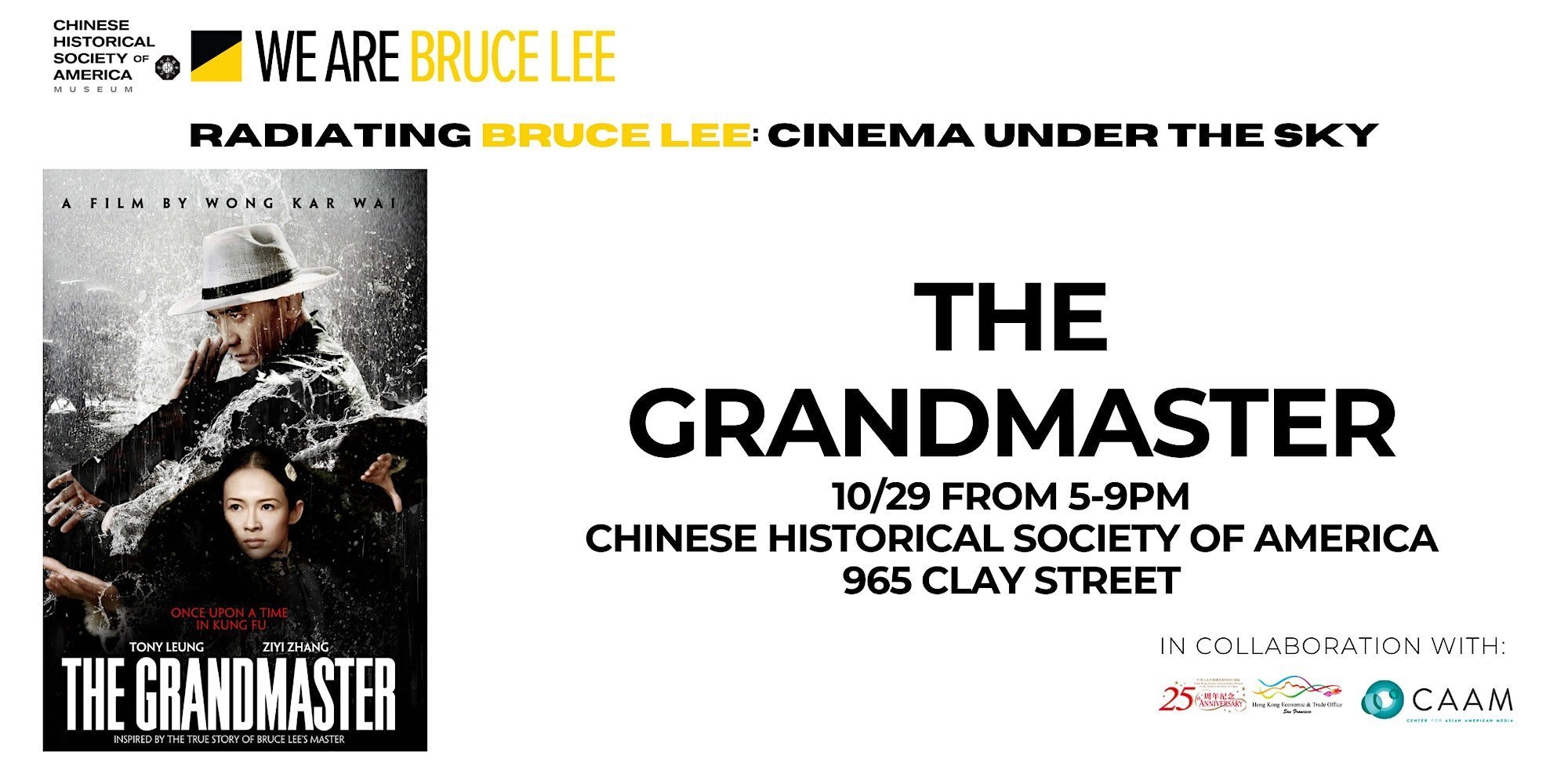 Join us for our RADIATING BRUCE LEE series with THE GRANDMASTER accompanied by a talk about the Influence of Bruce Lee on Hip Hop .

Join CHSA for our RADIATING BRUCE LEE: CINEMA UNDER THE SKY series with a screening of THE GRANDMASTER accompanied by a talk about the Influence of Bruce Lee on Hip Hop by CHSA museum space artists Adisa Banjoko and Mandeep Sethi.

Acclaimed director Wong Kar-wai brings his trademark romanticism to a telling of the life and times of Ip Man, the renowned Wing Chun exponent from Foshan, Southern China whose most famous student was Bruce Lee. Set in the turbulent 1930s-’50s, the film is less biopic than a contemplation of the ethos of the martial arts, tinged with loss and separation. Does winning amidst war mean defeating the opponent or living? Is the grandmaster simply the person left standing as Ip Man (Tony Leung) suggests at the beginning of the film? As the strong-willed daughter of a Northern bagua master, Zhang Ziyi plays countervailing force of temperament and technique to the dignified Leung. Joining the stellar cast is a who’s who of Hong Kong film greats, including action choreographer Yuen Woo-ping and longtime Wong Kar-wai collaborator William Chang taking on editor, production designer and co-costume designer duties.

Digital video, in Cantonese and Mandarin with English subtitles, 108 min.

5:00pm – Rhythm of the Dragon and the Influence of Bruce Lee on Hip Hop panel