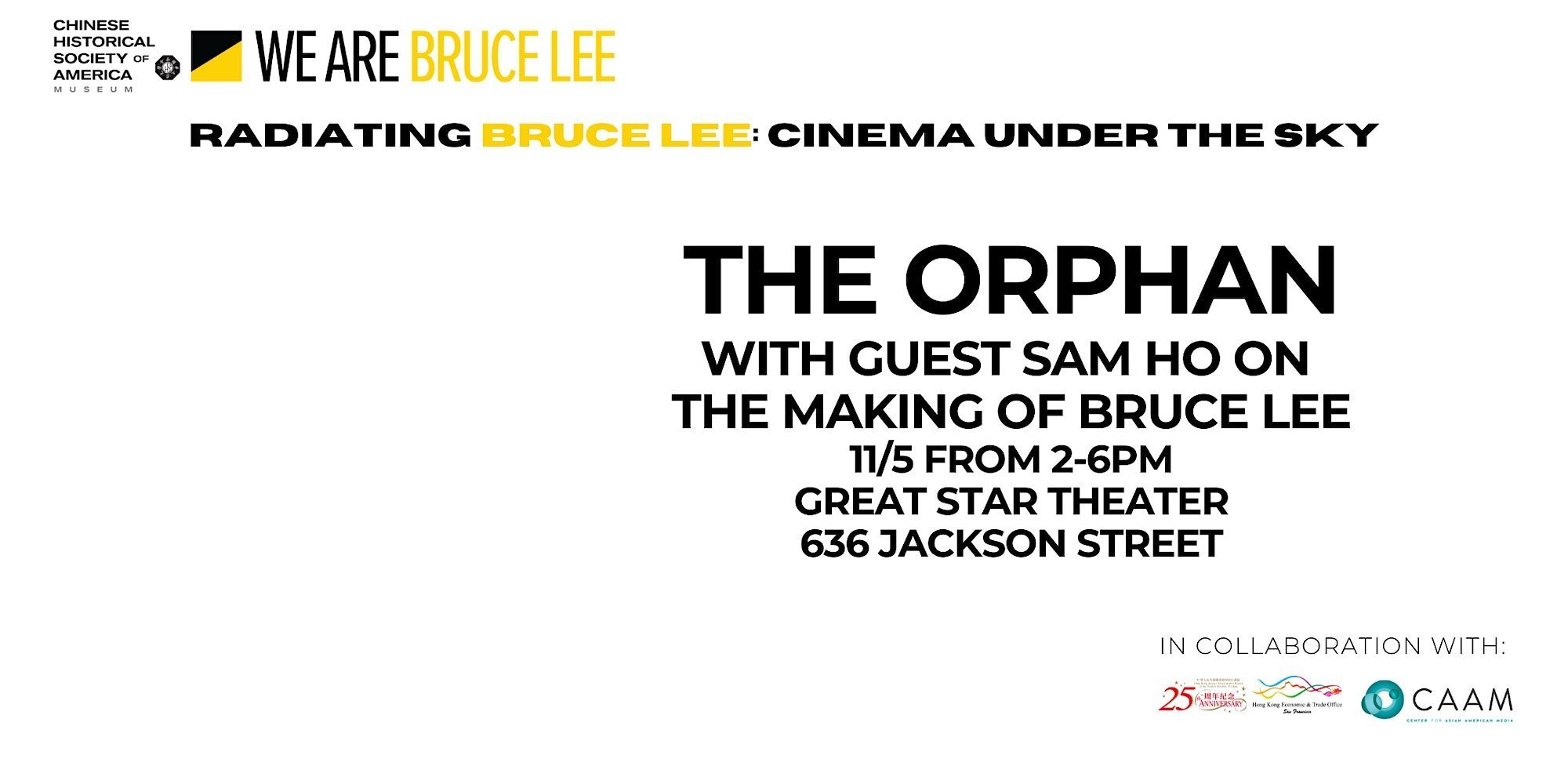 Join us for our RADIATING BRUCE LEE series with THE ORPHAN accompanied by a talk from Hong Kong film critic Sam Ho.

Join CHSA for our RADIATING BRUCE LEE: CINEMA UNDER THE SKY series with a screening of THE ORPHAN accompanied by a talk from Hong Kong film critic Sam Ho on the Making of Bruce Lee.

Sam Ho on the Making of Bruce Lee

The Hong Kong-based curator, researcher, and writer Sam Ho will examine the syncretic identities of Bruce Lee and their formation in the nexus of postwar, colonial Hong Kong.

This social-issue drama was Bruce Lee’s swan song to the Cantonese cinema in which he had been a child star, and the last film he made before leaving Hong Kong to study in the US. The teenage Lee plays a wild child whose thievery one day lands him in the path of a kindly headmaster. The venerable Cantonese actor Ng Cho-fan, also the film’s screenwriter and producer, plays the older man who tries to reform the apparently orphaned boy. Lee’s preternatural grace in motion and onscreen charisma are amply on display, notably in a nightclub scene in which he dances the cha-cha. As with its Eastmancolor vistas of a Hong Kong transiting to modernity, The Orphan also accords an enticing glimpse of an international star on the verge.