THE WAY OF THE DRAGON film screening + Food Panel Discussion 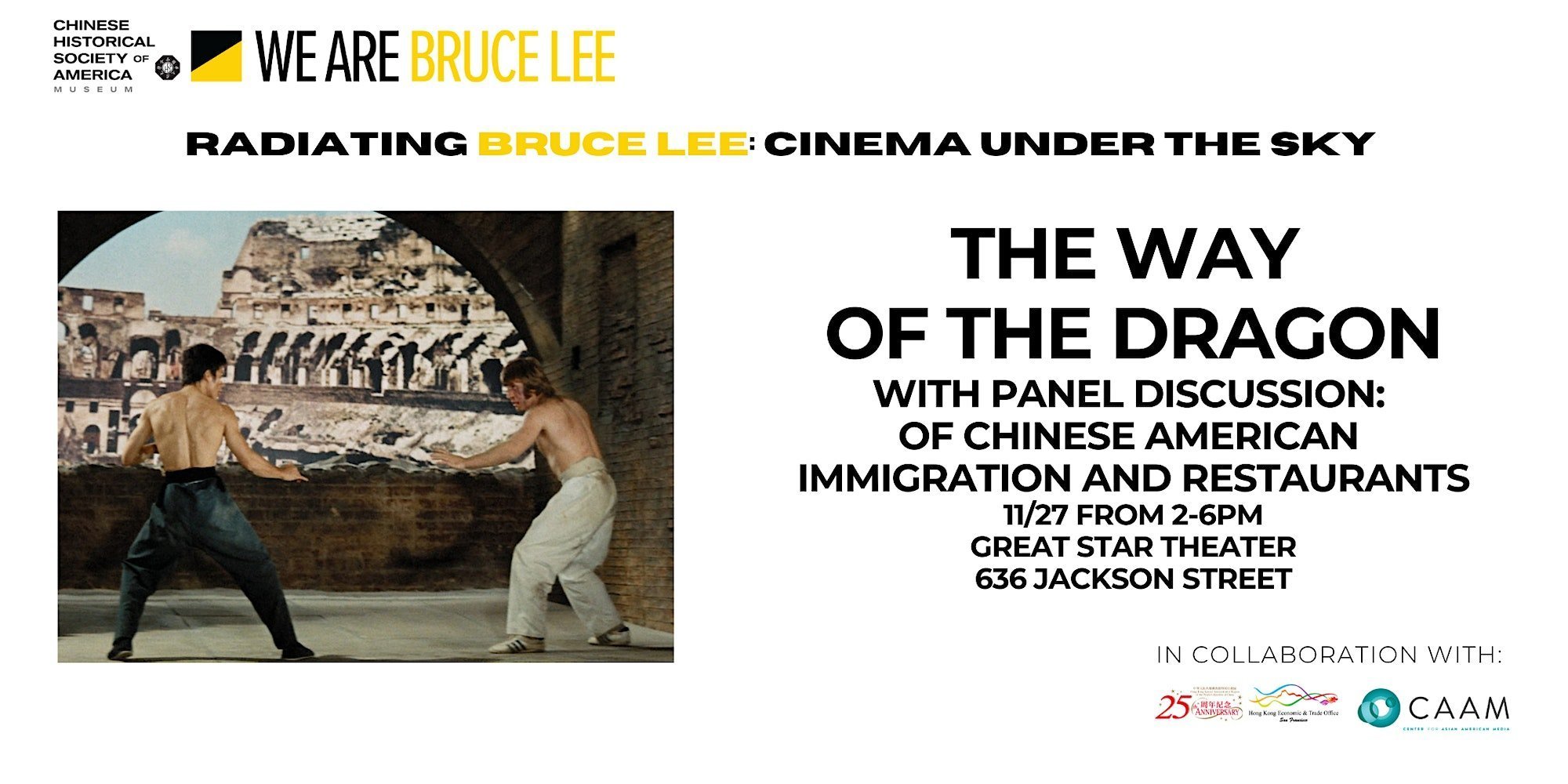 Join us for our RADIATING BRUCE LEE series with THE WAY OF THE DRAGON accompanied by a food panel discussion.

Join CHSA for our RADIATING BRUCE LEE: CINEMA UNDER THE SKY series with a screening of THE WAY OF THE DRAGON accompanied by food panel discussion: Of Chinese American Immigration and Restaurants.

THE WAY OF THE DRAGON

The only complete film written and directed by Bruce Lee, The Way of the Dragon begins as a Chinese immigrant saga in Rome in the familiar locus of a restaurant – one where the owner and workers are trying to fend off extortionist bullying from mafia thugs – and ends up in a gladiatorial showdown in the Roman Colosseum. The finale is a kung fu duel for the ages. Lumbering Chuck Norris goes up against Lee’s trickster arsenal of squalling calls and float-like-a-butterfly footwork, before meeting the full force of Lee’s unleashed fist strikes and kicks, as stunning in the beauty of their rapid-fire execution as in their lethal power. The fight against the White Man comes away with chest hair no less.

Spinning off the precipitating plot point of The Way of the Dragon, a roundtable of chefs and labor historians will discuss how the restaurant business became a defining feature of Chinese immigration to the US in the 20th century and how Chinese American restauranting has evolved in the present. Panelists to be announced.