The White Devil’s Daughters: The Women Who Fought Slavery in SF Chinatown 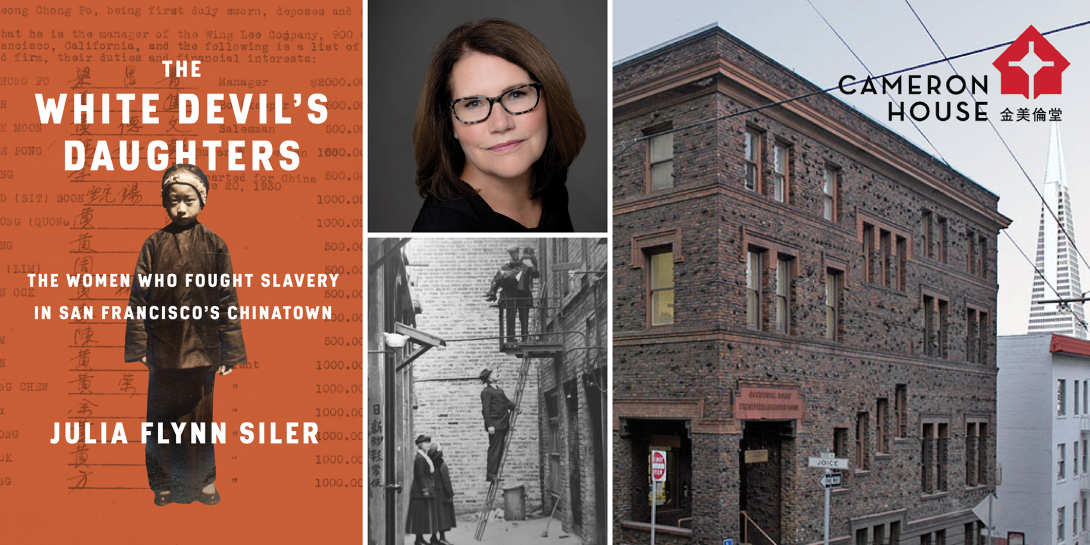 With an investigative historian’s sharp eye, Julia Flynn Siler tells the story of both the abolitionists who challenged the corrosive anti-Chinese prejudices of the time and the young women who dared to flee their fate. She sits down with historian Catherine Cameron (grandniece of Donaldina Cameron) and former Executive Director Doreen Der-McLeod to discuss the 19th and early 20th century work of the women who ran Cameron House, defying contemporary convention by physically rescuing children from the brothels where they worked or by snatching them off ships as they were being smuggled in. These women helped bring the exploiters to justice. This is a remarkable chapter in San Francisco’s history, told with sympathy and vigor. Former Executive Director Harry Chuck will moderate the conversation.

This event is a joint partnership between the Chinese Historical Society of America and Cameron House.