Voices from the Bottom of the South China Sea 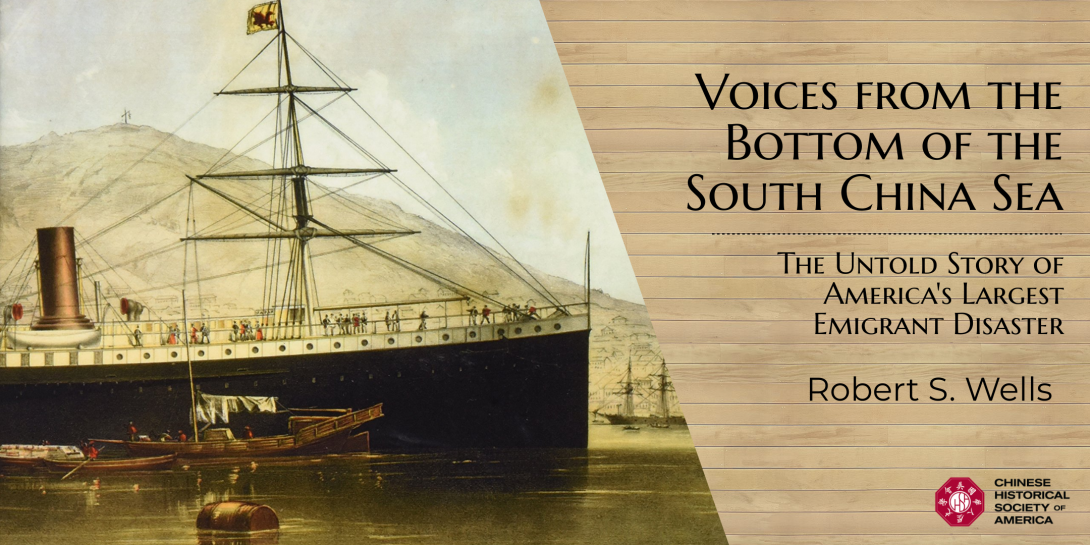 Voices from the Bottom of the South China Sea is the remarkable, untold illustration of the bonds between Americans and Chinese, brought to life in the true story of a deadly 1874 shipwreck off Southern China that killed hundreds and scattered treasure in the South China Sea. When a midnight coal fire burst across the deck of the SS Japan, the Chinese emigrants perished, just hours away from being reunited with their families after years. Voices captures the Chinese passengers’ lives in California, where they built America’s railroads, mined its silver, and grew its food, only to see public sentiment turn against them with an anti- immigrant, racist fervor.

Robert Wells will come to CHSA to discuss his research and books will be available for purchase. 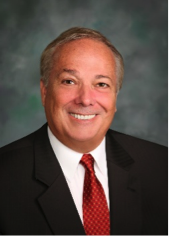 Robert Wells is retired from the U.S. Navy as a Captain with a distinguished 30-year naval service career which included command of the AEGIS cruiser USS LAKE CHAMPLAIN (CG-57) during Operation Enduring Freedom in the aftermath of 9-11, and the guided missile frigate USS LEWIS B. PULLER (FFG-23). He also served as the U.S. Naval Academy’s Director of Professional Development in Annapolis, Maryland. During his career, Captain Wells was awarded 20 service medals including two Defense Superior Service medals and two Legions of Merit. He also served in the Clinton and Bush (43) Administrations. His most recent White House experience included three years as a National Security Affairs Special Advisor to Vice President Dick Cheney.

His keen interest in U.S.-China relations stems from service in U.S. Seventh Fleet operations in the South China Sea, as U.S. host ship during the historic Chinese People Liberation Army (PLA)- Navy visit to San Diego in March 1997 and the development of defense policy between the U.S. and China in support of the State visit of China’s President to the U.S. in September 2005. Mr. Wells received his undergraduate degree in Political Science from the University of California, Los Angeles (UCLA), a Masters Degree in National Security Affairs from the Naval Postgraduate School and completed the Massachusetts Institute of Technology’s SEMINAR XXI program on International Security and Foreign Politics. Mr. Wells has written and spoken frequently about national security and foreign policy issues in national and local media.

He lives in Tucson, Arizona with his wife, Christine. This is his first book.