You are here: Home / Exhibits / Chinese Pioneers: Power and Politics in Exclusion-Era Photographs 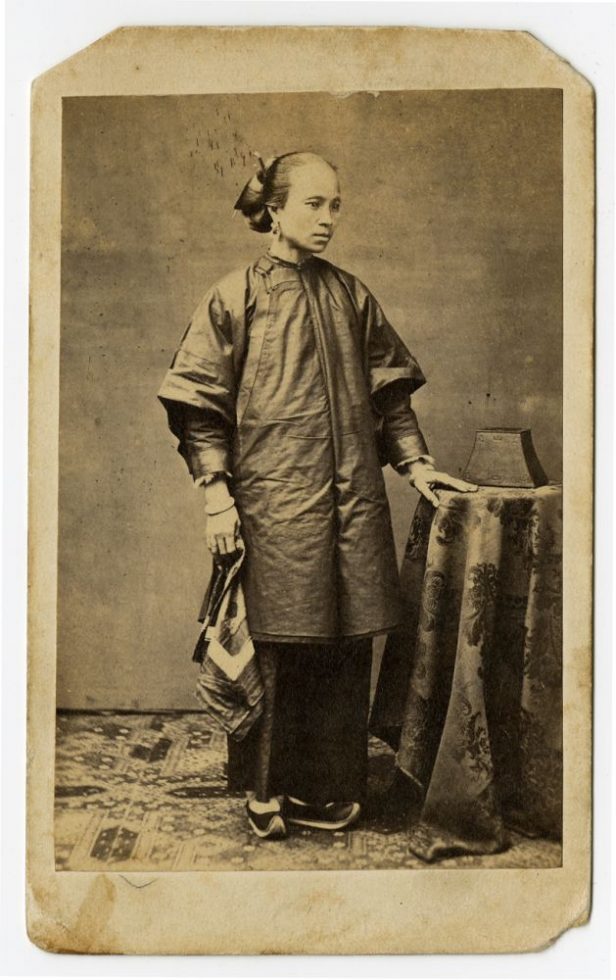 Chinese Pioneers: Power and Politics in Exclusion-Era Photographs — a collaboration with the California Historical Society

Nineteenth-century depictions of Chinese Californians ranged from deeply derogatory imagery to exoticized and racialized works of art. CHSA’s Chinese Pioneers exhibition examines the visual record as a means for considering how culture influenced, aligned with, and diverged from the politics of Exclusion and the actions of the state. The new medium of photography played a particularly potent role in both Chinese people’s interaction with mainstream culture—in photography studios and in the art world—and in the government’s fledgling systems of registration, identification, and surveillance of “aliens.”

During the Gold Rush and the building of transcontinental railroads, the illustrated press frequently derided Chinese men in print using grotesque imagery. As a result of the 1882/1888 Exclusion/Restriction Acts, which attempted to prevent Chinese laborers from immigrating to the U.S., Chinese men were perceived as less of a threat to the white working class. Many writers, artists, and photographers found what they considered to be desirable subject matter in Chinese people and places; yet their work continued to demonstrate biases and sometimes bordered on surveillance.

This exhibition uses collection materials to highlight changing views of Chinese people in the illustrated press, photography, and art. It will also consider examples of how law enforcement and quasi-governmental officials used photography to surveil and suppress Chinese people. For example, a justice of the peace in Downieville collected identification photographs to track Chinese men and women in the county—even though most were not criminals.