During a time when women were not allowed to get architecture degrees, Julia Morgan was one of the 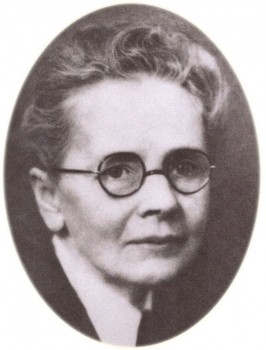 first women to receive a degree in civil engineering in 1894 at University of California, Berkeley. Morgan went to France in 1896 to the Ecoles des Beaux-Arts, a prestigious institution of its time. It can be said that her architectural influence stemmed from the following: the Arts and Crafts movement, the “stately classicism” learned at the Ecoles des Beaux-Arts, and California’s natural environment and resources. The Arts and Crafts Movement, led by William Morris, was a response against the industrialization of England by evoking harmony in nature and promoting collaborations between architects, craftsmen, painters, and sculptors. When Morgan worked in the Hearst Estate and San Simeon, she had a team of artisans skilled in store casting, ornamental plastering, woodcarving, and iron working following her direction of “careful-carelessness.”

Morgan’s process with clients indicates that she paid close attention to details and only wanted to respect her clients’ needs. According to Sara Holmes Boutelle, writer of Julia Morgan, Architect, Morgan had a preoccupation with light and color, a tendency to put practical ahead of spatial, was devoted to quality and craftsmanship, and was accommodating to her clients who were mostly middle class. Most of all she did not want to exploit her name, refusing to enter competitions, do interviews, and write articles making her anonymous except to her clients and peers.

Chinatown YWCA: the construction and its social impact 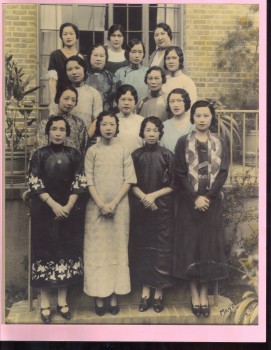 The national organization of YWCA first established the Chinatown branch at 1916 in an old saloon on Stockton and Sacramento streets. Soon the building established itself as a vital institution because of bilingual services:

It also found support with white and Chinese American businesses, community leaders, and activists because it saw the YWCA’s assistance in rejecting stereotypes of Chinatown as a dirty and immoral neighborhood. Chinese American women held jobs usually reserved for white women in this branch; they ran everything including its creation, fundraisers, and day-to-day operations. The converted saloon served over 700 members and saw over 15,000 women and girls. By the mid-1920s there was a need for a new building.

By October 1929 a resolution was passed by the central San Francisco YWCA to build a new compound for the Chinatown branch. Before finally deciding on the adjacent lots of Powell, Clay, and Joice streets, the board members knew of the risk involved; Powell Street sat on a Nob Hill neighborhood while the Joice Alley/Clay Street lots was inside Chinatown, which was still suffering from negative stereotypes.

Julia Morgan, who designed other YWCA buildings, was picked to be the main architect; she was the only one that fully understood the clients’ needs. Morgan’s Renaissance design included amenities such as private social spaces, laundry room, and kitchenettes. The board and the committee were pleased by design for the residence though it segregated the white and Chinese American women under the same building, recognizing that racism was still an issue in the city.

To build the Chinatown YWCA, Morgan worked closely with the Chinese American committee in designing the gymnasium, courtyard, the classrooms, and other areas. According to leading Julia Morgan scholar Karen McNeil, the YWCA building stands as an expression of Chinese American cultural identity. The Renaissance building housed Chinese details: the courtyard with a koi pond and cloud lift detail, three Chinese-style towers, tiles glazed with Chinese motifs, and a dragon painted on the floor of the corridor between the courtyard and the gymnasium.

In 1963, Thomas W. Chinn, C.H. Kwock, Chingwah Lee, H.K. Wong, and Thomas W.S. Wu founded the Chinese Historical Society of America with a mission: “to promote the contribution that the Chinese living in this country have made to their adopted land, the United States of America.” Up until 1966, they held their meetings in different homes, when the Shoong Foundation donated a small building on Adler Place to function as a museum. CHSA headquarters relocated from Adler, Commercial, and Broadway.

Meanwhile at the Chinatown YWCA: following a tough economic situation after the 1989 Lorna Prieta Earthquake and unable to retrofit a damaged facility, the staff and board decided to sell the building. The Chinatown YWCA has since transferred to a different location. With the help of Supervisor Tom Hsieh and Mayor Willie Brown, the CHSA acquired the building in 1996. After renovation for reuse, the CHSA Museum opened its doors in 2001, continuing the legacy of the YWCA: serving the community and promoting the contributions of Chinese Americans.

For more photos, click on any of these categories:
Towers
The Corridor and the Garden
Julia Morgan Portraits
Architectural Details
Blueprints