Announcing the cast and crew of “Broken Blossoms”!

The Chinese Historical Society of America will present “Broken Blossoms – The Story of Four Chinese Women and Their Journey from Servitude to Freedom,” a play by Eddie Wong, on Saturday, March 5. The performance will be held at the Chinese Historical Society of America, 965 Clay Street, San Francisco.  Doors will open at noon for the 1 pm performance.

The play is based on the testimonies of four Chinese women who were falsely promised marriage to Chinese merchants in San Francisco and forced into prostitution in the 1930s.

“Although San Francisco newspapers called them ‘broken blossoms”, these four beautiful young women were strong. They were determined to be free from sexual slavery,” said Eddie Wong.  Despite death threats against them, two women fled to Cameron House, a Presbyterian Mission, and all four women testified against their slave owners. As a result of the 1935 Broken Blossoms trial, four slave owners were imprisoned for one year and then deported to China.

Musical interludes will be provided by composer/instrumentalist Yangqin Zhao, the director of Melody of China and renown musician on the yangqin, the Chinese hammered dulcimer.

Upon the conclusion of the one-hour play, Hyun-mi Kim, Community Advocate/Legal Caseworker from Asian Pacific Islander Legal Outreach, will speak briefly on human trafficking today in the Asian Pacific communities.

This program is in honor of International Women’s Day in March 8.

Admission to the performance is free. 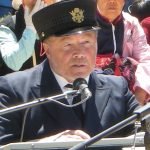 Robert Eric Barde is the former Deputy Director of the Business and Economic Research Institute at U.C. Berkeley. He is also the author of Immigration at the Golden Gate – Passenger Ships, Exclusion and Angel Island (Greenwood Press, 2008). He has appeared as an INS Inspector at several historical reenactments held at the Angel Island Immigration Station. He plays the role of the U.S. Immigration and Naturalization Service inspector in Broken Blossoms. 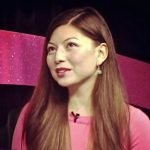 Katherine Park is an award winning actor and singer from Alameda, California. She has appeared on MSNBC, HULU, KiKU, The Biography Channel, and HBO. Park’s first television role was portraying Girly Chew Hossencoft on the show Monstresses. Since then, she has gone on to star in a number of short films, including the award winning films Red Dress by Ekmund Yong (2013), Up in the Clouds by Ed Moy (2015), and Warm Waves by Ashley Valenzuela (2016) for which she was awarded Best Actress at SJSU’s Film Production Society Festival for her role as Leandra. Katherine portrays Jeung Ying in Broken Blossoms. 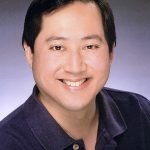 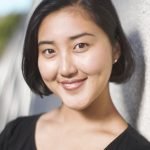 Layla Yu is currently a student at San Francisco State University studying Broadcast and Electronic Communication Arts. As a strong advocate for diversity in media and empowering women leadership, she enjoys spending her time outside of school as a campus ambassador and videographer for Kollaboration San Francisco, and as the Bay Area Chapter Director of the Girls Impact the World Film Festival. Her love for performing began back in her hometown, Stockton, California. She has participated and starred in many productions at the Stockton Civic Theatre, and credits the theater with its wonderful community for her training and growth as a performer. Layla portrays Wong So in Broken Blossoms. 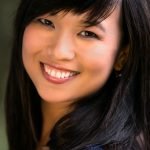 Originally from Taiwan and raised in Australia and Singapore, Lily Yang has a background in theatre, special event production, broadcasting, and voiceover work. Lily was part of the founding team that brought V-Day, the worldwide movement to stop violence against women and girls, to Taipei, Taiwan, and has performed in benefit productions to support the movement in San Francisco and Oakland. She is grateful for the opportunity to be involved in another piece of educational and inspiring theatre about survivors of violence. Lily Yang portrays Quan Gow Sheung in Broken Blossoms. 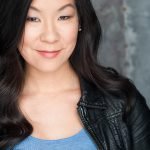 Victoria Ma is thrilled to be performing in the premiere of Broken Blossoms. Recent roles include Nicole in Engagement (Beverly Hills Playhouse SF), Carly (understudy) in Reasons To Be Pretty (BHPSF),and San Francisco’s first Asian Pacific American The Vagina Monologues. Her biggest joy is to dance, talk to herself, sing, talk with her hands, cry and laugh all at the same time on the stage and with her friends. She would like to thank Eddie Wong for letting her be part of this historical retelling of these strong and brave Chinese women who have come forward to tell their story and Katherine Park for introducing me to Eddie and her endless support! Victoria Ma portrays Leung Louie Gin in Broken Blossoms. 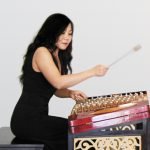 Prophetically named after the instrument she plays, Yangqin Zhao has established herself as one of the foremost yangqin (Chinese hammered dulcimer) performers in the world. A member of Chinese Musicians’ Association and the Chinese Nationalities Orchestra Society, Ms. Zhao graduated with Honors from the Music Department of the Nanjing Normal University and became the head of the faculty of Instrumental Music of the university.  She won the highest award by the Ministry of Cultural Affairs of the People’s Republic of China in 1982. Currently, she is the Director of the Melody of China a San Francisco’s premiere Chinese chamber ensemble.  In June of 1996, she was invited as one of seven greatest musicians hailed as masters on the yangqin for the Tanz & Folk Fest Rudolstadt (Folk Instruments Festival) in Germany.  She has performed at Lincoln Center, with the Shanghai Chinese Orchestra, Berlin Philharmonic Orchestra, The Woman Philharmonic, and the San Francisco Symphony.

Amy Lam is the graphic designer, web developer and communications specialist at the CHSA Museum. Amy graduated in 2001 with a BFA in Graphic Design jointly conferred by the University of San Francisco and California College of the Arts. Prior to joining CHSA in 2010, Amy worked for eight years at Gordon Chun Design, an exhibit design firm in Berkeley, California. Clients she has worked with include the Asian Art Museum, Bay Area Discovery Museum, and Bancroft Library. She also served on the Board of Kearny Street Workshop from 2007-2010, and was on the design staff of Hyphen Magazine when it launched in 2003. Amy serves as an associate producer on Broken Blossoms.

Hailing from Maine, Marie K. Lee was a dance theater geek decades before Glee hit television. Her biggest acting claim to fame was in the role of a Diaphanous Reveler (aka “glorified extra”) from The Matrix Reloaded and The Matrix Revolutions. To pay the exorbitant rents in San Francisco, Lee is a local EMMY-award winning interactive producer at KQED on television shows including Spark, Truly CA, ImageMakers, and Film School Shorts. In her spare time, she binge-watches TV while compulsively crafting. She was last on stage for Spring Break the Musical, an original comedy written in 2012. Marie is the assistant director of Broken Blossoms.

Veronica Sese is a communications associate at the Chinese Historical Society of America (CHSA). She graduated with a B.A. in Communications Studies with a minor in Asian American Studies from San Francisco State University in 2012. While working on her studies, she was a marketing intern for CAAM’s 30th San Francisco International Asian American Film Festival (Now Caamfest). Veronica began working at CHSA right after graduation as an intern in 2012. In the meantime she began working for other Asian American arts organizations such as GenRyu Arts, Asian Improv aRts, and Lenora Lee Dance. Veronica serves as associate producer on Broken Blossoms.

Eddie Wong graduated from UCLA with a BA and MFA in Film and Television. He was one of the founders of Visual Communications, the nation’s first non-profit Asian American media production company. As a writer, director, producer and editor, he created several documentaries about Asian Americans. He served as executive producer for Spencer Nakasako’s film Kelly Loves Tony and was nominated for a northern California EMMY for the PBS series Searching for Asian America. Eddie worked in non-profit management as the executive director of NAATA/Center for Asian American Media and the Angel Island Immigration Station Foundation. Eddie is currently retired, but he remains active in the creative arts. In 2014, he was the Guest Curator for the Smithsonian Institution’s Asian Pacific American Center’s “A Day in the Life of Asian Pacific America” project. Eddie is the writer, producer, and director of Broken Blossoms.

Johnson Zheng is an Operations Assistant for the Chinese Historical of America, where he helps maintain the museum and assists with their administrative and technological needs. He was born and raised in San Francisco and enjoys spending his time immersing himself in all things sports. Johnson serves as the technical director on Broken Blossoms.

She conducts educational workshops to other social-service community partners, as well as local and federal government agencies .  Before joining APILO, Hyun-mi was a Domestic Violence advocate at SAVE in Fremont and a Volunteer Program Coordinator and Sexual Assault Counselor at Rape Trauma Services of San Mateo County. Hyun-mi graduated with a BA degree in History from UCLA in 2003 and also studied 6 months in South Africa.  Hyun-mi is a former member of Local Station Board of KPFA Community Radio Station of Pacifica Foundation and she brings 10 years of activist work in community outreach and education in anti-war and anti-rape organizing in immigrant communities.

CHSA promotes the contributions and legacy of the Chinese in America through its exhibitions, publications, and educational and public programs in the Museum and Learning Center. We are housed in the landmark Julia Morgan-designed Chinatown YWCA building at 965 Clay Street, San Francisco.