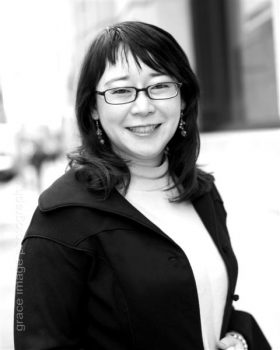 The Board of Directors of the Chinese Historical Society of America is pleased to announce the appointment of Tamiko Wong to the position of Executive Director, effective April 16, 2019. Jane Chin, who has been in a dual role serving on the Board and as Interim Executive Director since August 2017, will now serve as the newly elected Vice President of the Board.

A San Francisco native of Chinese and Japanese descent, Tamiko is recognized throughout the Asian and Pacific Islander American community for her creative work in leading and designing programs that have promoted and supported the community for over two decades. She most recently served as the Program & Engagement Director of the Chinese Culture Center where she oversaw art exhibitions, excursions, tours, festivals, and other activities.

She was the Executive Director of the Oakland Asian Cultural Center previously. Prior to that, she was the Program Director at AsianWeek Foundation where she worked on the SF Hep B Free project and on the Asian Heritage Street Celebration, the largest gathering of Asians and Pacific Islanders in the United States.

Tamiko has served on a number of boards, including the San Francisco Chapter of OCA – Asian Pacific American Advocates (previously known as the Organization of Chinese Americans), the Japanese Cultural and Community Center of Northern California, and Asian Business League – San Francisco. She was also appointed to serve on the California Commission on Asian and Pacific Islander American Affairs.

She holds a Bachelor of Arts degree from the University of California, Berkeley, with a major in American Studies focusing on law, politics and public policy, and minors in Asian American Studies and Education. She is a recent graduate of Coro’s Women in Leadership program and a former Asian Pacific American Women’s Leadership Institute fellow.