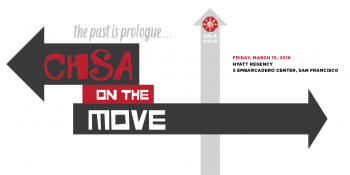 SAN FRANCISCO, California – The Chinese Historical Society of America (CHSA) hosts its 2019 gala on Friday, March 15, at The Hyatt Regency Embarcadero in San Francisco. Up to 400 guests are expected to attend the benefit dinner with Master of Ceremonies Ben Fong-Torres (Rolling Stone magazine journalist, Chinese New Year Parade co-host) who will perform some of his favorite classic tunes plus his rendition of one of the most defining songs of the Summer of Love. Guests will see a sneak peek of the documentary in production “LIKE A ROLLING STONE: The Life & Times of Ben Fong-Torres” by filmmaker Suzanne Joe Kai.

With the event theme “The Past is Prologue: CHSA on the Move!,” attendees will celebrate the organization’s mission to illuminate the pioneer past and inform the present while looking forward. CHSA will present a Special Recognition Award to former San Francisco Mayor Willie L. Brown, Jr., for his support of CHSA’s acquisition of the historic Julia Morgan-designed Chinese YWCA building on Clay Street, which became a museum that welcomes thousands of visitors each year. His search for new talent has included appointments of Chinese and other Asian Americans to dozens of city departments, boards and commissions, including Fred Lau as Chief of Police, the late Ed Lee as City Purchaser, and Gorretti Lui to the Board of Trustees of the Fine Arts Museums.

CHSA’s 2019 Phil & Sarah Choy Community Service Award will be awarded to Janet Lee Chen for her community contributions, including creating a culture of philanthropy and volunteerism. She started programs for Chinatown youths while in high school, volunteered and worked at the Asian Law Caucus and legal aid offices in Chinatown, and served on the Board of Directors of Chinatown Youth Center and Asian Neighborhood Design. She is a founding and charter member of the Rotary Club of San Francisco Chinatown. She serves on the Board of Sterne School for students with learning differences and helped the school secure its current site on Kearny Street. She also serves the Rose T.Y. Chen Charitable Fund which has long funded numerous nonprofit organizations supporting the Chinese American community.