Spike 150: Thousands travel from around the country and world … (Deseret News) 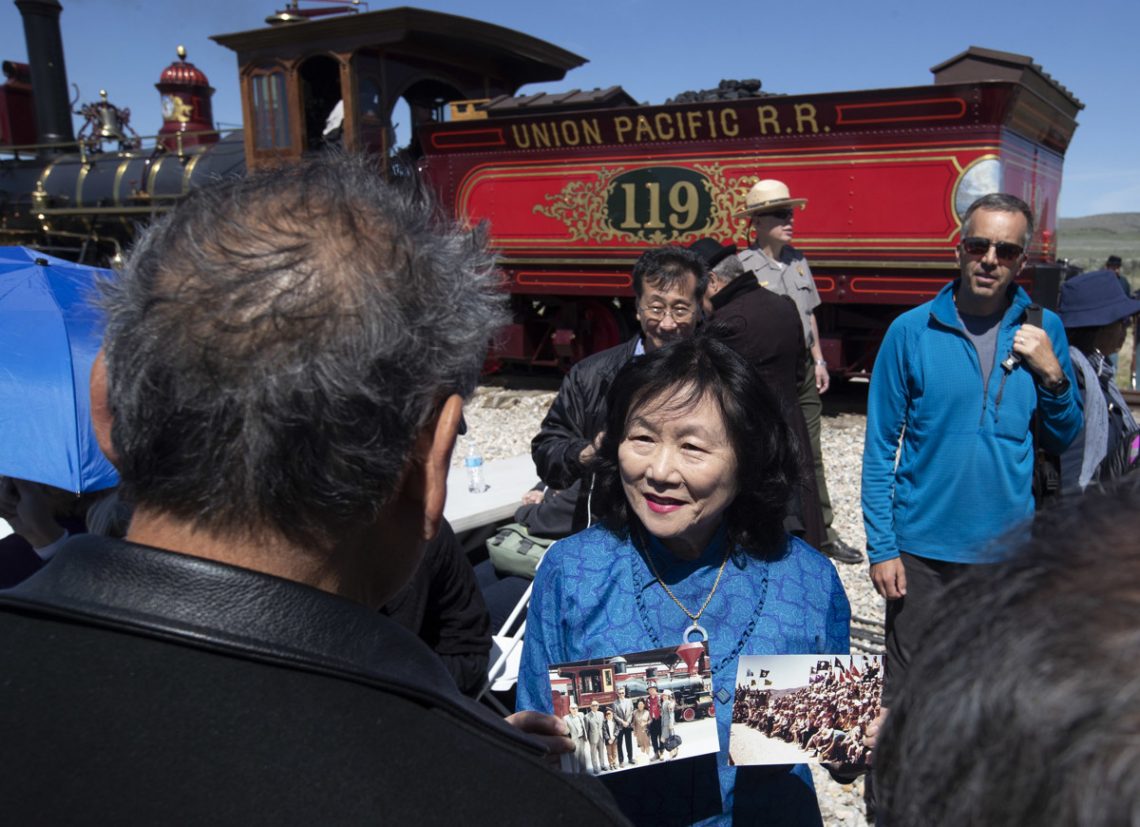 Steve Griffin, Deseret News. Connie Young Yu, with Chinese Historical Society of America, holds photos of her parents attending the Centennial Golden Spike Celebration in 1969, after she spoke during the Golden Spike Sesquicentennial Celebration and Festival at Promontory Summit on Friday, May 10, 2019.

PROMONTORY SUMMIT, Box Elder — People from all walks of life came together Friday morning for the inaugural day of the three-day celebration marking the 150th anniversary of the driving of the golden spike.

….To kick off the ceremony, elementary-age children performed the “Chinese Lion Dance: Good Luck and Happiness,” which was met with cheers from the crowd.

She asked the crowd why these workers were denied their “rightful place” during the 100th anniversary of the golden spike. She then told the crowd that today they reclaimed their place in history, which was met with loud cheers.

“This record-setting feat on the road to Promontory is unmatched in history,” Yu said. “Let’s be proud immigrants make up America.”