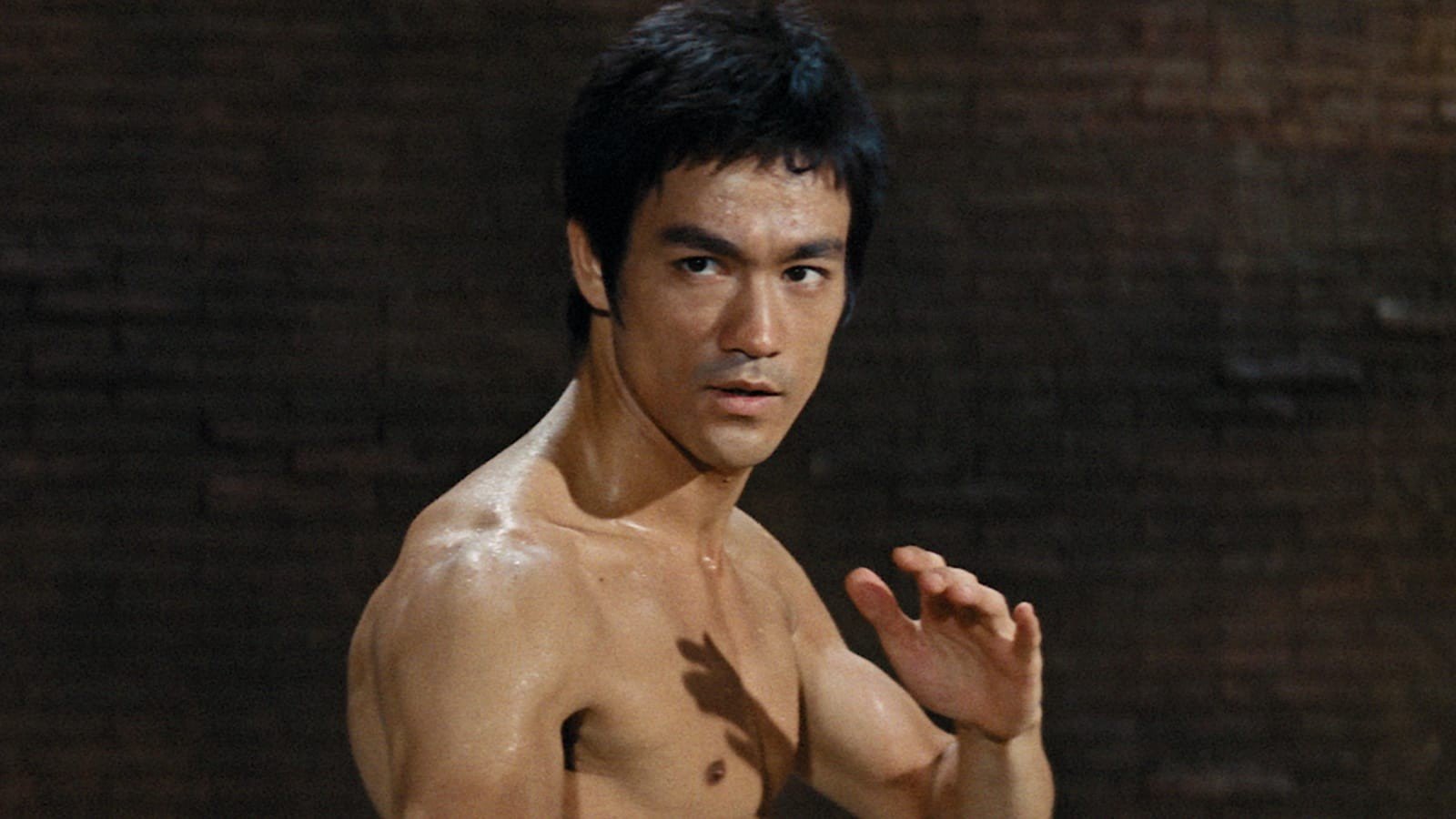 SAN FRANCISCO, SEPTEMBER 19, 2022—The Chinese Historical Society of America (CHSA) and the Hong Kong Economic and Trade Office (HKETO) are proud to jointly present the Radiating Bruce Lee: Cinema Under The Sky, a curated five-film series exploring Chinese American cultural history and its transnational character through the life and work of the martial arts legend. Held in conjunction with CHSA’s landmark exhibition, We Are Bruce Lee: Under the Sky, One Family, the Radiating Bruce Lee film series honors Lee’s enduring legacy as a martial artist, filmmaker, and actor. Lee was born in San Francisco Chinatown in 1940 and raised in Hong Kong before forging his bi-continental path to global stardom.

The program will showcase an eclectic selection of films ranging from a rare silent to documentary and narrative features, mixing genres from martial arts action to arthouse and melodrama. Disparate in style and era, the films all share artistic, thematic, or biographical

linkages to Lee and situate his trailblazing accomplishments at the dynamic intersection of Hong Kong and Chinese American film and cultural exchange.

Radiating Bruce Lee will take place over five weekends from October 22, 2022, to November 27, 2022, at outdoor and indoor locations in San Francisco Chinatown. Kicking off the series will be the influential DJ Kendo performing the live musical accompaniment to Red Heroine (1929, d. Wen Yimin), possibly the earliest extant silent Chinese martial arts film in history (on view at CHSA October 22).

Hong Kong-based curator, researcher, and writer Sam Ho will also be on site to discuss the formative influences of postwar Hong Kong on Lee’s life and work in a talk preceding a rare special screening of The Orphan, the teenage Lee’s sparkling swan song to his child-star years before his return to the US to study (on view at the Great Star Theater November 5).

Also featured will be The Grandmaster (2013), acclaimed director Wong Kar-wai’s poetic rumination on the martial arts master Ip Man and the moral code of wing chun, the martial arts style Ip Man practiced and taught to his most famous student Bruce Lee (on view at CHSA November 12). This screening will be accompanied by a separate showing of the short film Rhythm of the Dragon—part of CHSA’s Bruce Lee Underground exhibition—and a discussion with filmmakers and artists Mandeep Sethi and Adisa Banjoko organized by CHSA Executive Director Justin Hoover.

Radiating Bruce Lee will culminate with a revival screening of The Way of the Dragon (1972), the only complete film directed by and starring Lee, in which the saga of Chinese immigrant workers at a restaurant in Rome fighting back against bullying gangsters ends up in a gladiatorial duel in the Roman Colosseum. The screening will be followed by a panel discussion on the confluence of Chinese American immigration with the restaurant business, on the 82nd anniversary of the martial arts icon’s birth (on view at the Great Star Theater on November 27).

“CHSA is dedicated to reaching out beyond its walls and reaching new audiences,” notes CHSA Executive Director Justin Hoover. “With Radiating Bruce Lee we will be inviting a new generation of martial arts lovers, Bruce Lee fans, and cinema buffs to CHSA to experience the first-ever outdoor film series in Chinatown. These films will be paired with talks by local martial arts masters, chefs, and other community leaders, along with DJ music sets in our museum. In short, we are bringing a new breath of life into Chinatown and the CHSA facility with a special type of after-hours programming.”

For Radiating Bruce Lee film curator Cheng-Sim Lim, “the series is an exciting opportunity for audiences to appreciate Bruce Lee beyond his well-known incandescence as a martial artist to the ideas and cultural milieu that shaped and inspired him, and that he shaped and inspired in turn with his electrifying artistry and fight for justice on film.”

It is a proud and heartwarming honor for CHSA to bring to life the legacy of San Francisco Chinatown’s native son in the community where he was born. In the cinematic communion of Radiating Bruce Lee: Cinema Under the Sky, we hark to the unity that Lee himself invoked when he said, “Under the sky, under the heavens, there is but one family.”

Talk by curator, researcher, and writer Sam Ho on the Making of Bruce Lee (45 min., followed by 30 min. Q&A)

The Way of the Dragon*

Panel discussion with Chinese American chefs and labor historians on how the restaurant business became a defining feature of Chinese immigration to the US in the 20th century and how it has evolved in the present. Panelists TBA.

About the Curator: Cheng-Sim Lim

Cheng-Sim Lim is an independent film curator and Delegate for the San Sebastian International Film Festival. She founded the China Onscreen | Biennial and Dunhuang Projected initiatives at UCLA, serving as the Artistic Director from 2012-19. She was Co-head of Programming at the UCLA Film & Television Archive from 2001-07 and has guest curated for museums and film festivals such as the Getty Conservation Institute, Museum of the Moving Image, and LA Film Festival. Her work has helped to build audiences and appreciation in the U.S. for filmmakers and media artists from Asia, the Middle East, and Latin America. Retrospectives she has curated have toured North America and Europe to critical acclaim, including two iterations of Heroic Grace: The Chinese Martial Arts Film in 2003 and 2006 that enabled the rediscovery of

rare silent martial arts films and Shaw Brothers classics that had been out of circulation for 20 years. Her video works have been exhibited at the Museum of Modern Art, New Museum of Contemporary Art, the Smithsonian’s National Museum of Asian Art, and others.

The Chinese Historical Society of America in San Francisco is the oldest organization in the country dedicated to the presentation of Chinese American history. Since 1963, CHSA has strived to be a responsible steward of the remarkable narrative of the Chinese American community through education and programming. The mission of CHSA is to collect, illuminate and preserve the history of the Chinese in America.

The Bruce Lee Foundation was founded in 2002 by Linda Lee Cadwell and Shannon Lee, with a vision to share the art and philosophy of Bruce Lee with the world for generations to come. Today, the vision has grown to actively inspire confidence, motivate action, bridge cultures, and champion humanity. It believes that the life of Bruce Lee and the actions of the Bruce Lee Foundation can ignite positivity in the world and inspire people to embrace their uniqueness, discover their limitless potential, and help one another thrive.

The Hong Kong Economic and Trade Office in San Francisco represents the Hong Kong Special Administrative Region Government in the western part of the U.S. Established in 1986, the office seeks to strengthen and broaden Hong Kong’s trade and economic relations with 19 western states. The office also dedicates efforts to foster cultural exchange to promote awareness of Hong Kong as a dynamic and diverse cultural metropolis.

The Center for Asian American Media is a nonprofit organization dedicated to presenting stories that convey the richness and diversity of Asian American experiences to the broadest audience possible. We do this by funding, producing, distributing and exhibiting works in film, television and digital media. For 40 years, CAAM has exposed audiences to new voices and communities, advancing our collective understanding of the American experience through programs specifically designed to engage the Asian American community and the public at large.