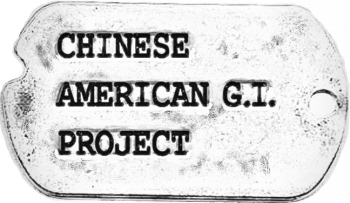 Founders Montgomery Hom and Ronald Chan believe that our Chinese American WWII Veterans must be recognized. “No Longer Silent, Ignored or Forgotten” has become our battle cry.

In exploring the rich history of this remarkable group of servicemen and servicewomen, the Chinese American G.I. Project grew into a multi-platform, multi-dimensional campaign to bring their colorful stories to light.

BOOK: Fighting On All Fronts: Profiles Of WWII Chinese Americans From The Golden State 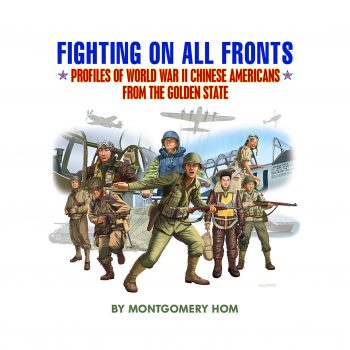 Fighting on All Fronts: Profiles of WWII Chinese Americans from the Golden State is a fully illustrated retrospective book profiling powerful stories of veteran Chinese American servicemen and servicewomen from all branches of the military and their remarkable service to community and country.

This book honors California Chinese American WWII veterans today so they may always be remembered in the future.

To order your copy of author Montgomery Hom’s Fighting on All Fronts, click here.

FILM: We Served With Pride: The Road To The Congressional Gold Medal

We served with Pride: Chinese American Experience in World War II – 20th Anniversary is a full-feature documentary film that provides and intimate firsthand account of the untold experience of Chinese Americans who served in WWII.

Coming soon, an engaging exhibition featuring Montgomery Hom’s expansive collection of Chinese American military memorabilia, the world’s largest private collection in the world. From clothing and uniforms to equipment and weaponry to medals and awards and other war-era paraphernalia, this personal gathering of never-before-seen items truly bring this World War II era to life.

Check out a small sample of this amazing collection that is also featured in the book Fighting on All Fronts.

Check back for more information about the upcoming exhibit.

Contribute to and Support the Project

Mail to:
CHSA
965 Clay Street
San Francisco, CA 94108
Your contribution is tax-deductible to the extent permitted by law.